Wondering what could be the best build, body settings, and best team to start you My Career with as a Pont Guard (PG)?

Well, in this guide we are going to discuss all these things so that you could get the best start to your NBA 2K23 My Career mode. 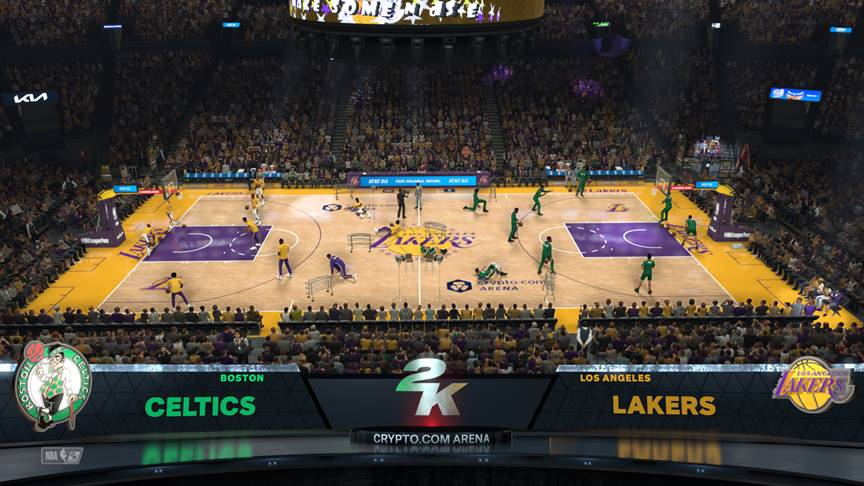 NBA 2K23 is out on all major platforms and the game looks pretty good on next-gen. However, it is sad for PC users that they would still be on an old-gen version of the game. There are some lighting improvements on old gen though but the game more or less looks and feels like last year.

My Career Mode on NBA 2K23 is a pretty interesting mode where you could play as the protagonist of an NBA story. You start off as a rookie and head towards being one of the biggest stars. Unlike the other modes you control 1 person in the game and that would be the main character of the story.

You can start off in any position you want. Build your body any way you want and play for any team you want. But whatever decision you make will have an impact on your playstyle and career. For example, being too tall would make you less agile. Being too short would reduce your strength by a lot.

If you start off with the wrong team you would only be warming the bench. However, choosing the right team is very crucial in how many minutes you get to play and how quickly you could make the starting lineup.

This is exactly what we are going to discuss in this guide.

I believe the best position you could select in My Career mode would be a Point Guard. The reason is simple. You get the ball more often. You start off with the play. And you also get to be more agile than the other players which is a huge thing since speed and agility is something that you could abuse to easily beat the CPU.

The shorter you are the faster you would be. But I need a bit of strength as well to get past the defender. Therefore this would be the best body settings that you could have for a Point Guard : 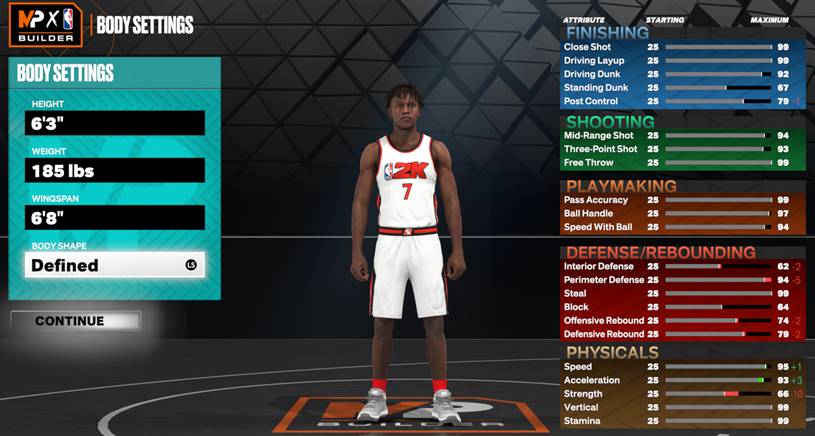 This is why I have the height set to 6’3″ which is a little tall for a point guard.

Now we are here with the Potential Builder where you could adjust points to build specific areas of your game.

I tried to get as much Acceleration as possible. It is basically the quick bursts of pace which gets you ahead of the defender. We do not really need long sprints since as long as you could get away from a defender with a quick burst of pace.

End of the day you are a point guard. You need to be quick and you need to know how you could distribute the ball. Assists will be a major part of your game.

Which College and Team?

Now the question is which College and Team you would want to play for.

I selected North Carolina Tar Heels as my college.

The team is a very tricky one. If you choose a team with already good PGs then you won’t make the starting lineup anytime soon. This is why you need to select your team wisely.

Here is a list of the 5 best teams you could go for if you are a Point Guard :

There you go, that is how you need to build your Point Guard in NBA 2K23.