Wondering why NBA 2K23 is Crashing and Freezing during Startup or in the Middle of the game? Not Launching or Stuck on a Black Screen?

Well, you have come to the right place as we have just the right fixes if the game is crashing on your PlayStation 4, PlayStation 5, and on PC. 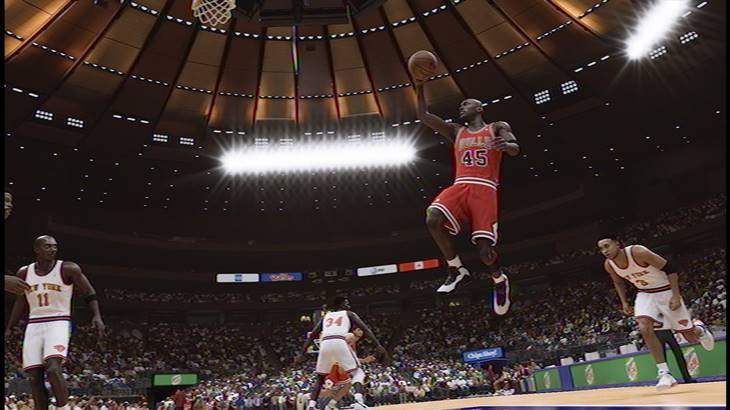 NBA 2K23 is finally out on all major platforms and the game is overall a pretty nice improvement over last year. The animations seem to be smoother along with the amazing visuals we have this year. Even though I had expected a much better upgrade to visuals but it still is better than 2K22.

A lot of users had been complaining about the game crashing on their Consoles and PC. I will be helping you with fixes that could solve any crash related problems with NBA 2K22 for your PlayStation 4, PlayStation 5, and also your PC.

Understanding where exactly the problem lies is the most difficult part. Since we cannot just take a random guess we would have to take it one step at a time to ensure we eliminate all possibilities of a crash or freeze.

Make sure you have the Software Updated on your PlayStation 4.

How to Clear the PS4 Cached data in general?

The longer you use the console the more Cached data the console stores. This affects performance and could also make games crash. Make sure you turn off your console for 5 minutes. Make sure you unplug the power cable and next time when you plug it back and turn it on you will have the cached data removed.

How to Clear Cached Data for NBA 2K23 Specifically :

While you load up NBA 2K23 press and hold the L1+R1 buttons together. You have to do this while the game is being loaded. It will take a few minutes but the game would clear all its Cached data.

How to Delete the Corrupted Save Files (PS4 only)?

Local Saves are perhaps the most common reason for games to crash on the PS4. We have no clue which saves files could be corrupted so we take the easy way out and delete all locally saved files for NBA 2K23.

You need to go to :  Settings >>Storage>> Saved Data

From there you select NBA 2K23 and then press options on the controller. Now select all the save game files together and hit Delete. This should remove all local save files for NBA 2K23.

How to Rebuild Database for PS4 and PS5 and also clear Cached data for PS5?

You console runs on a database which is basically a data system that allows access to the console so that it can work. In order to do something a specific set of data is required for the console which is why the database system is there. The fast the console pulls up data the better it performs. However, database errors are very common in PS4 and PS5. Especially the PS5 which has been plagued with Database issues from day 1.

Just turn off your console by keeping the power button pressed for 3 secs. It will blink as the console goes off. Keep it off for 5 minutes. Make sure you have no lights on. Unplug all cables and after 5 minutes plug them back.

Now press the power button for like 8 secs. Let go off on the second beep (the first one would be when you press it and the second would be after 7 or 8 seconds) and the console boots up in Safe Mode. Now connect your controller to the USB and press the PS button. Then from the list of options on the screen, you need to select “Rebuild Database” for PS4 and “Clear Cache and Rebuild Database” for PS5.

The only way to clear Cache for PS5 is through this option that you get in Safe Mode. This will take a while depending on the amount of data you have stored on your console hard drive

Crashing due to Over Heating on PS5 :

NBA 2K22 last year crashed for many PS5 users and rebuilding the database or clearing the cache did not solve it. Later on, it was found out that the game for some reason increased the console temperature by a lot which caused the PS5 to overheat and crash.

The best solution to this would be to check if the PS5 is becoming hot or not. If yes, then take it out from the entertainment center, or just make sure it has enough room for air circulation around the PS5. You can keep a fan near it or maybe switch the position of the console so that it is nearer to the AC. It depends on how you could have the PS5 a bit more in the open for the air to flow properly rather than having it stored in a box or in a corner.

If this is the case 2K might fix things with a patch later on.

How to FIX Crash for PC :

Crashes are more common on PC than on consoles. We have discussed the fixes for consoles and now it’s time to talk about PC. There could be a lot of reasons why a game might crash on PC. A lot more than consoles. This is why we are going to do a series of step-by-step troubleshooting just to pinpoint the exact cause.

Firstly we need to make sure that NBA 2K23 could run on your PC. NBA is a graphically intense game and needs a pretty strong PC to run it properly. Here is the setup you need :

These are the System Requirements for NBA 2K23. You could understand how heavy the requirement is considering the fact that it is a sports game. If you have a setup anywhere below the minimum requirements chances are you would not be able to run the game at all. The game might crash on startup or won’t launch at all or you may just stare at a Black screen and gets stuck there.
These requirements are verified according to Steam so it is not something I just made up.

If you are fine with the requirements the next thing you need to check is that you have all of these.

Also, make sure your Windows is Updated to the latest build :

Overclocking might lead to crashes. Overclocking software or applications like MSI Afterburner and Zotac Firestorm does not work well with games these days. I would recommend running your GPU and CPU at default speeds.

Antivirus could be the problem :

The exe files for the games at times are identified as Malware Threats by the Antivirus. This prevents the game from launching. You could disable the real-time protection and then run NBA 2K23 or you may disable Antivirus temporarily.

Although. the steps that I mentioned above would also work for the game crashing on Laptops but there is this problem that is specific to only laptop users. The game often runs on the integrated GPU instead of the dedicated one.

Restart the Laptop and this should launch the game on the dedicated GPU.

Another reason for the game not launching or crashing would be certain files getting corrupted or maybe missing after installation. You could run a file verification check on NBA 2K23 on steam and see if there are any :

There could be a possibility of corrupted or missing game files being the reason for the random crashes. Steam allows you to run a verification check on the game folder to see if any file went missing or got corrupted.

If none of these fix the problem try Re-Installing the game. A fresh installation might just do the trick. However, if the issue still persists you might have to wait for a Patch fix as it may be a problem from the developer’s end.

There you go, these are the fixes that could solve any crash-related problems with NBA 2K23 for your PS4, PS5, and PC.
I hope the guide was helpful. Please let us know in the comments section down below. Also, follow FPS Index for more NBA 2K23 related guides.