This guide will help you complete the new La Liga Player of the Month Robert Lewandowski at the lowest price possible. 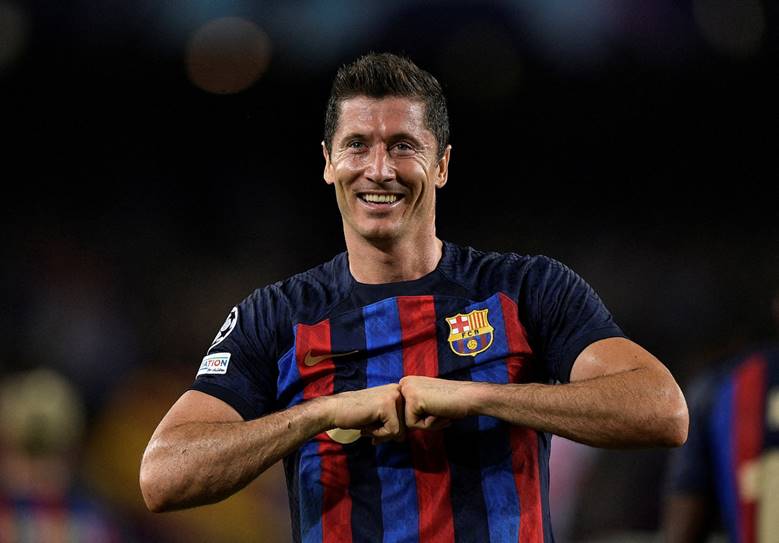 We have the new La Liga POTM or Player of the Month card and it is none other than Robert Lewandowski.

If you check out this card, you would find that it is not much of an improvement over the existing gold card. Which is not something I expected from his POTM. I thought he would get a decent boost to his pace but sadly we would only have to work with a +2.

If you talk about his shooting, it is kind of flawless at the moment. However, if you use the Hawk on him you could turn him into a Lengthy Accelerate type, and then he would sprint like crazy for you.

However, even being lengthy 77+5 pace is not enough to beat the full lengthy Center Backs on pace. He lacks a bit of agility and balance as well. So if you ask me he is not the ideal card you would want to get in terms of meta.

For the amount of coins we are spending on this SBC, I feel he could have been better than what his stats show. Anyways, we are here to talk about the cheapest way in which we could complete the SBC.

Player of the Month Robert Lewandowski Cheapest Method or Squad:

You need to submit two squads for this SBC. 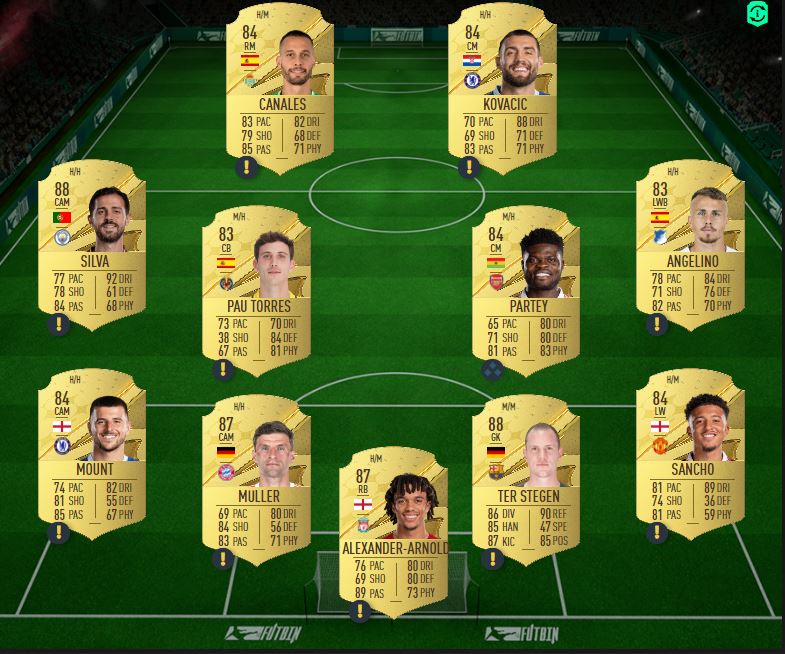 This is the cheapest first squad for this SBC. Take a look at the price given below: 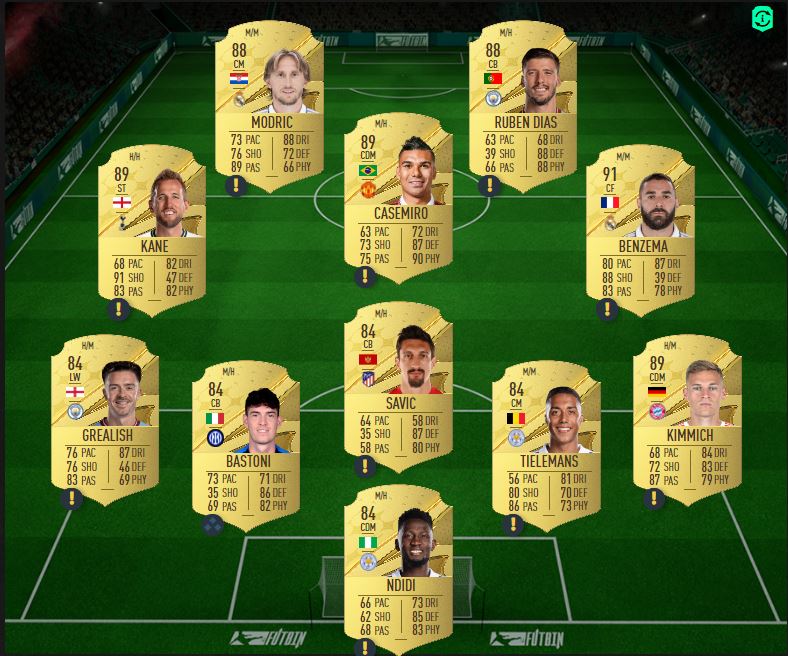 Here is the cheapest second squad for the SBC. Check out the price below:

The SBC price is determined by the lowest price of the players used in the squad. That is why the SBC value keeps changing. Therefore, at the time of publishing this guide, the squads I have used are the cheapest ones you could build.

Let’s check out the overall price of the SBC:

If you ask me, I would say the SBC is very overpriced. The only reason the cost is this high is the fact that he is from La Liga and Barcelona. There are so many good players in Barcelona he could link with.

I am not saying he is a bad card but just that he is not worth this price.

In order to reduce the overall SBC cost, use the untradeable cards in the club first. then go ahead and buy the remaining players. However, with the number of quality SBCs in the game at the moment, it is very normal to go out of fodder.

If that is the case, then use the squads I have shown as they are the cheapest.

I hope the guide was helpful. Please let us know in the comments section down below. Also, follow FPS Index for more content and guides on FIFA 23, throughout the year.