This guide is about fixing Crash and Freezing related issues with Riders Republic. 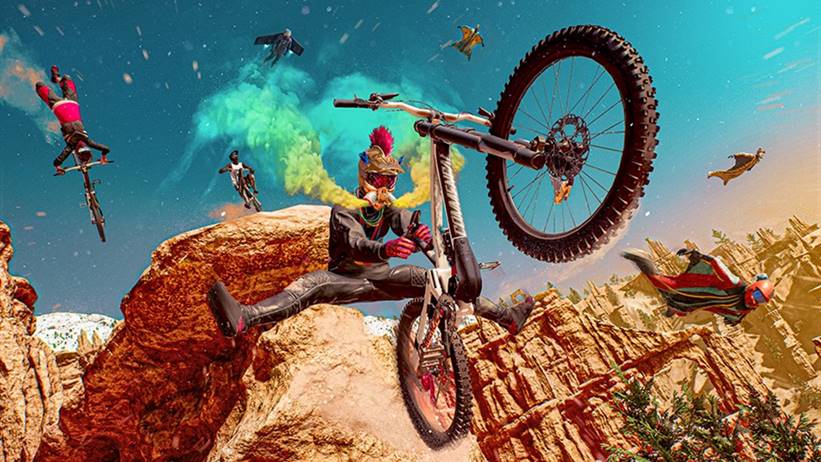 Riders Republic is a much-awaited title. You can call it a “massively multiplayer sports game” developed by Ubisoft Annecy. I love how refreshing this game feels after countless of battle royal titles one after the other. For console users, the game would play well however it kept crashing now and then. At times the game would not load and would just get frozen.

There are a few steps that I am about to show you which might help you fix this problem for good. But before we do that we need to have the console and the game updated to it latest version.

Other than this there are a few other reasons which might make Riders Republic crash on your system.

If you get disconnected from the server you have to basically check if your internet is working or not. If it’s not call up your provider and see what is wrong.  There is nothing more to it. If the game throws you out of the server probably the servers went down. You would just have to wait.

How to deal with Corrupted Saves :

Corrupted Local Saves are the most common reason for a game to crash. There could be a possibility that one of the more locally saved files for Riders Republic could be corrupted. Since we cannot pinpoint the exact file which went bad we would delete all the local ones. You will not lose any saves you have with Ubisoft servers but all local saves will be lost.

This is how to remove saved game files from your Xbox console :

If you own a PlayStation 4 then follow these steps :

How to Deal with Database Problems and Cached Data :

Database Problems are pretty common in the PlayStation consoles. What is a Database? Basically a collection of data in your console. Every app or game that you use would require a set of data to run smoothly. If it could not find that data it will probably crash or the app might work slowly. This is how you get to know if the console is having a database problem. The menus and apps would be slow, some games may even crash. Database Rebuilding is a feature for PlayStation controls that rearranges the data in a proper way which makes it easily accessible to all apps and games.

When you use your console for a long time without turning it off,  it stores a lot of Cached Data which might make a game crash. So if you play a game for too long and it suddenly starts crashing, it could be a lot of cached data. It is not guaranteed that the game would crash but it certainly has a chance of crashing leaving you an error code.

The Cached Data for Xbox is known as Persistent Storage. This is how you clear it :

Some users might not have the Blu-ray option. All you have to do is turn off the console and leave it unplugged for 5 minutes. Then turn it back on and you will see a green screen with the Xbox Logo. This means that the cached data or Persistent Storage is now cleared.

For Xbox Series X/S users you can try enrolling in the Xbox Insider Hub Program which lets you test features and updates before they are released. A lot of users have said that the Insider Hub program actually prevented their games from crashing.

This one gets the most updates. Trust me this helped a lot of users and will help you too.

I hope this article was helpful. Lets us know in the comment section below.