This guide will help you decide whether or not you should complete the new FUTTIES Mendy card in FIFA 22 Ultimate Team. 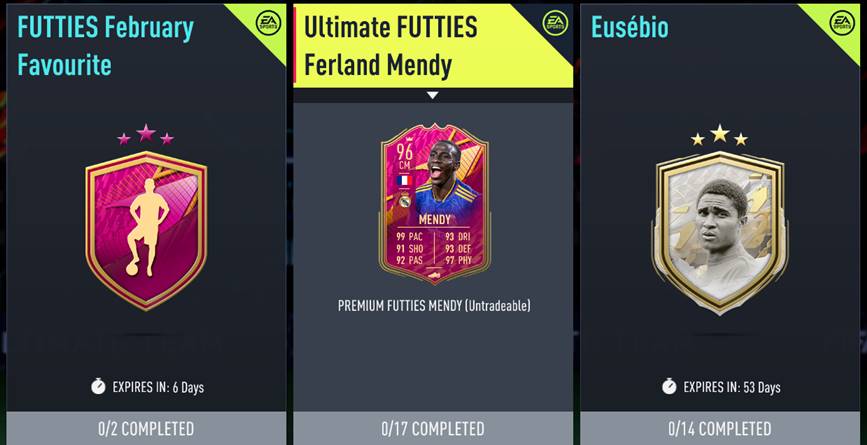 Should you do the FUTTIES Mendy SBC in FIFA 22?

Ferland Sinna Mendy is a French professional footballer who plays as a left-back for La Liga club Real Madrid and for the French national team. When we talk about FIFA meta over the years Ferland Mendy had been right there settling himself as a top tier full back every year.

I remember how for the last 3 years his gold card would make a spot in the starting 11 even when we are halfway through the year. He has always been that good. It might be the body type or something special they program into him every year which makes him super good.

His gold card was like 150k at one point in the year and he was only 83-rated. What I am trying to say is that he has always been expensive. His league and nationality also add to his price but he had never been cheap as long as his card was usable.

EA has decided to drop the Ferland Mendy FUTTIES card out as an SBC and priced him around 2.5 mils. Leaving us with a huge question of whether or not we should be doing his SBC.

Is FUTTIES Mendy worth it?

Well, I always thought his gold card was overpriced until I started using him. I understood why people called him meta. He literally did his job perfectly. He tackled perfectly, he had the pace, and the strength and he could pass because of his 5-star weak foot.

Now we have the FUTTIES Mendy and this appears to be a completely different story. If we talk about his in-game attributes, let’s just say he has the most ridiculously overpowered attributes. He reminds me of last year’s Summer Stars Acuna which was undoubtedly one of the top 3 cards last year. But he was not so crazy expensive either.

We are talking about August here. We are getting Ronaldo TOTS for 1.2m and this guy is 2.5m. I understand he is an SBC and with the amount of fodder we have at the moment, we can complete this card with just 500k coins or a little more than that. But is this only because of his Nationality and links?

Well, to get the answer to that question I had to use this Mendy card for a few matches, and let me tell you this. He was like a taller and stronger Kante defensively and felt like a Eusebio with 5-star skills on the ball.

I won’t lie when I say he is perhaps the best CM you can use in the game at the moment. But is he still worth 2.5m? Well, no he isn’t. Think of it this way. You will only play with him for a month and you would have to give away every bit of your fodder just for one card when you could get so many good players from 85+ x 10 packs and all the other amazing packs which are about to come.

Also, what do you have to lose at the moment? Maybe after a month, you would be switching to the next game so why not give away whatever fodder you have for this amazing card? If you ask me I would rather play with my favorite players at this stage of the game and do SBCs which could get me good cards.

He will be staying for 2 weeks so if you gather enough fodder or if EA drops a repeatable 85+ x 10 SBC before the expiry date then I guess you would not have a problem completing him. Also, there is no point getting him if you can’t start the game with him.

So in other words, the SBC is overpriced but we do not have anything to lose since the game will end in a month. So I would say go for it.

I hope this guide was helpful. Please let us know in the comments section down below and also keep an eye on FPS Index for more FIFA 22 related content and guides.