Cannot find the Trove Guardian on the moon? Well, he doesn’t stay at one play for more than a week so let’s see where we could find him this week.

Trove Guardian Location in Destiny 2 from 23rd to 29th August

Who is the Trove Guardian?

Well, the Trove guardian would be much like a Hive Knight except for the fact that he is red in color. He also carries a huge sword like the Hive Knight.

The Trove Guardian was introduced back in the shadowkeep update to Destiny 2. The very first location of the Guardian was the Anchor of Light on the Moon. However, he keeps shifting his location to different places on the moon itself. 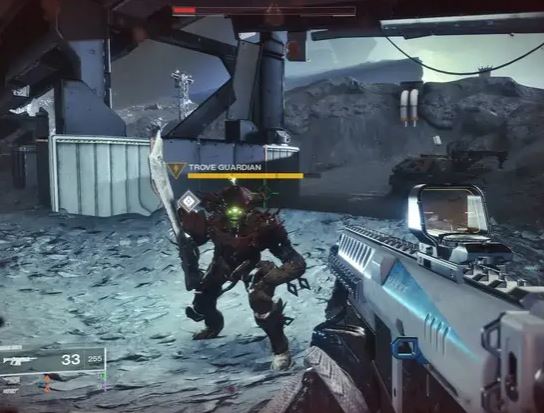 Well, at least be sure you are to find him on the moon. Seems like he has a liking to the place. However, if you have noticed carefully, he has three patent locations where you could find him every week.

The Trove Guardian Location this week

Out of the 3 locations on the Moon that I spoke of, this week, the Trove Guardian is at Hellmouth.

If you are looking for a more specific approach then check out the map below.

You would prefer spawning at Sorrow’s Harbor instead of the Sanctuary as the previous one is much closer to Hellmouth.  When you reach Hellmouth look for the Trove Guardian in the area close to the location of the Witches Ritual public event.

Where to Find the Trove Guardian Chest?

After you beat the Trove Guardian, you would have to look for a chest by solving a jump puzzle. Pick the character’s jump tree that you are most comfortable with before you face the enemy. Now you just need to know the platform locations.

If you think this guide has helped you, then let us know in the comment section below.