No clue on how to perform the Superplex off the top rope? Well, we have just the right guide for you. 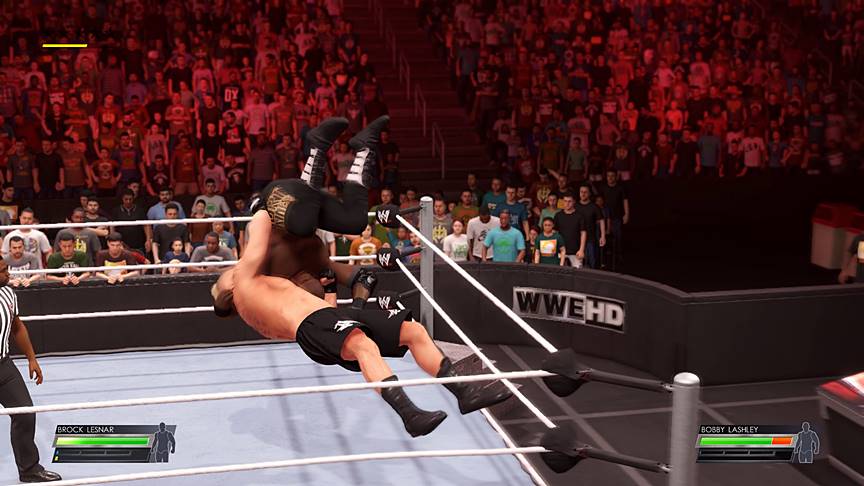 WWE 2K22 – How to do Superplex off the Top Rope

Superplexes had always been one of the most crowd-favorite moves in WWE. You could literally hear the crowd go louder as the wrestlers would superplex from the top rope. It’s one of those eye-catching moves which never finished a match but was definitely a treat to watch.

It has been there in WWE games for ages now including this year. However, the way of doing this move differed over the years. Sometimes you would just have to do a regular grapple off the corner and sometimes there is a lot more to it.

Well, in this guide I will help you understand how you could perform the Superplex off the top rope and make your matches even more intense and exciting.

How to add Superplex to a Superstar :

Firstly you need to use a wrestler who actually has this move in his arsenal. Take Brock for example. There is no point trying this if the superstar does not have this move. Of course, you could go to Create a Move Set mode and add to the superstar but I am talking about the default move set of the wrestlers.

In case your superstar cannot do this move and you want to add it to his move list, this is what you need to do :

How to Perform Superplex :

In order to perform a Superplex you need to first Irish Whip your opponent to the corner. Now move towards him and Flick the Right Stick Up on the PlayStation or Xbox.

You would see your superstar picking the opponent up and making him sit on the top rope. Now You have two moves. Pressing the Light Attack would land strikes on the superstar. So it should either be the Heavy Attack button or the Grapple button.

For PC players using a keyboard press either K or L

How to Break the Ring With the Superplex :

In order to break the ring you would have to select at least 1 superheavyweight in the match. For example, Braun Strowman is a superheavyweight. Match him up with Brock who is a heavyweight. Now you have to beat your opponent up to red health. After that, you need to perform a regular Superplex from the top rope. If the conditions are met correctly you would see the ring collapse and your superstar win with a knockout.

There you go, I hope this guide was helpful. Please let us know in the comments section below. Also, keep following FPS Index for more WWE 2K22 related content.