Fall Guys: Ultimate Knockout is finally out and the game looks a lot happier and more colorful than its competitors. Battle your way through bizarre but difficult traps and obstacle courses in a Battle Royal which could include up to 60 members. The game certainly looks like a mood changer and we are looking forward to it.

However, when we talk of multiplayer a lot of questions run through our minds. Of course, we always want the most out of our money. And gaming is not as fun when you play alone compared to playing with friends. Speaking of playing with friends online, people tend to look for co-op modes in games. Obviously, local co-op is a lot of fun, but does it necessarily mean that a game that does not have local co-op is not worth playing?  Definitely not.

Let us see what are the commonly asked questions when it comes to Fall Guys: Ultimate Knockout 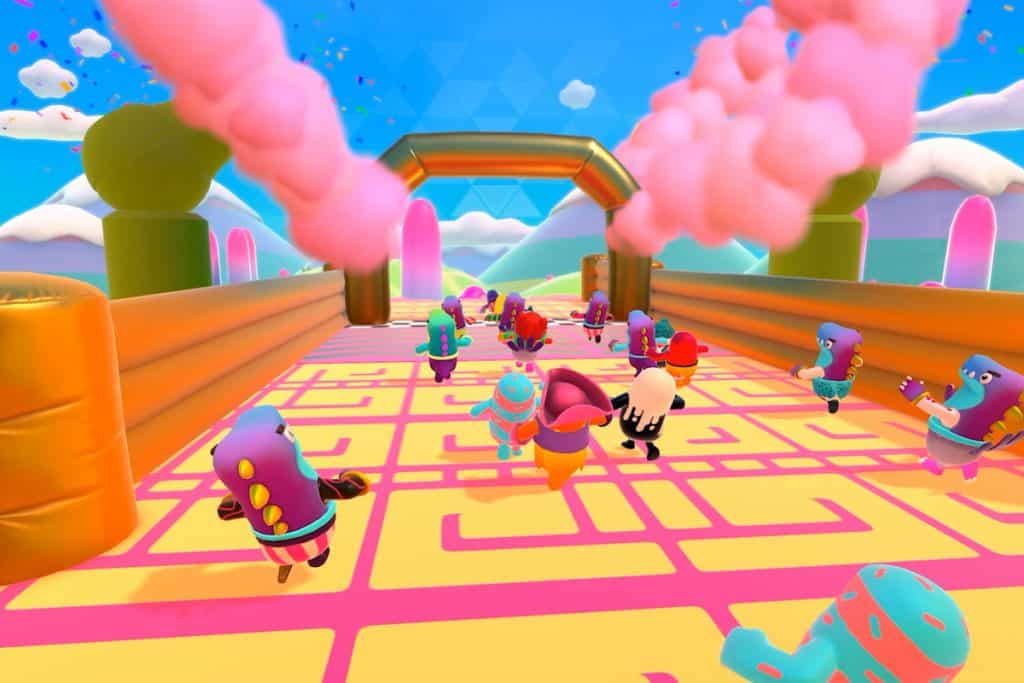 Will the game have a Local Co-op?

Well, actually the game will not have Local Co-op at launch. Adding local co-op to the game will make things more complicated as the number of characters on screen at the same time gets doubled with two players each. Therefore we cannot expect local co-op as of now. Maybe once the developers manage to overcome the technical boundaries for it we can definitely enjoy it. No confirmation on when we get the local co-op as of now.

Will the game have Cross Play?

Well for now we do not get Cross Play at launch. But, the developers have said that the game is designed to support cross-play and would be added in the future. However, no date on Cross-Play support is confirmed as of now. So we can be happy that in the future we will have more players to matchmake with.

Can we play with Friends?

Of course, we can. That is how these types of games are supposed to be. We can enter the game together as a party of 2 to 4. And during team rounds, if it’s possible we can all be on the same team. Other than this the developers are also trying to introduce new ways in which we can enjoy the game with our friends.