This guide will help you understand how you can always get Aces in Matchpoint- Tennis Championships. 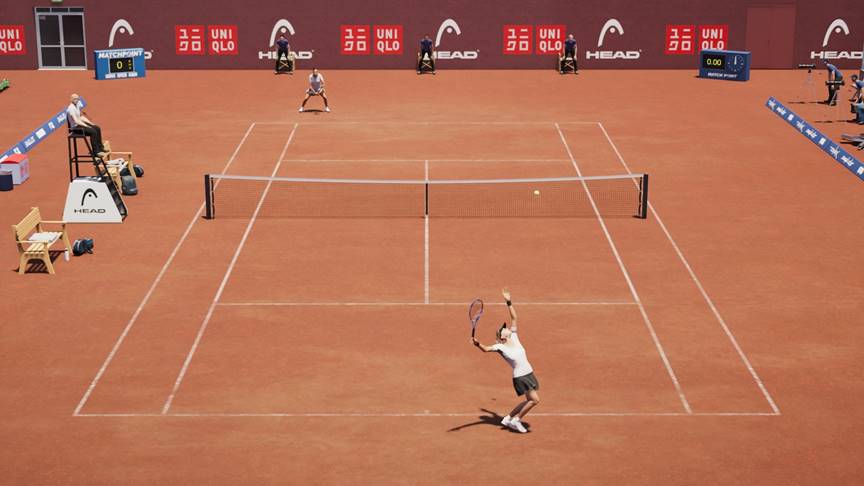 How to Always Get Ace Serve in Matchpoint Tennis Championships

Matchpoint – Tennis Championships is the Tennis game I had been waiting for. The last time I played a decent Tennis game was Top Spin 4 back in 2011. It has been an 11 year long wait until we could get another one that could at least try to compete with the standards set by Top Spin.

The game features 16 licensed Tennis Players including the current World No. 1 Daniil Medvedev and a few other names as well. However, the game does not have licenses for tennis grand slams like the Wimbledon or the French Open.

The gameplay is smooth, to be honest. The developers did an excellent job trying to bring real-life animations(over 1300 unique motion-captured animations) into the game. This is exactly why the game feels smooth and fluid without the players getting caught between animations.

How to get Ace Serve all the time :

I feel the serves are way too accurate in this game. There is very little room for error and if you get the hang of it you might drop Aces like they were nothing. For those who are new to Tennis, an Ace serve is basically a flawless serve where your opponent would not be able to touch the ball thus giving you a point.

However difficult dropping aces could be in real life, Matchpoint makes it super easy. Let me explain how you can easily get an Ace Serve in Matchpoint Tennis Championships. 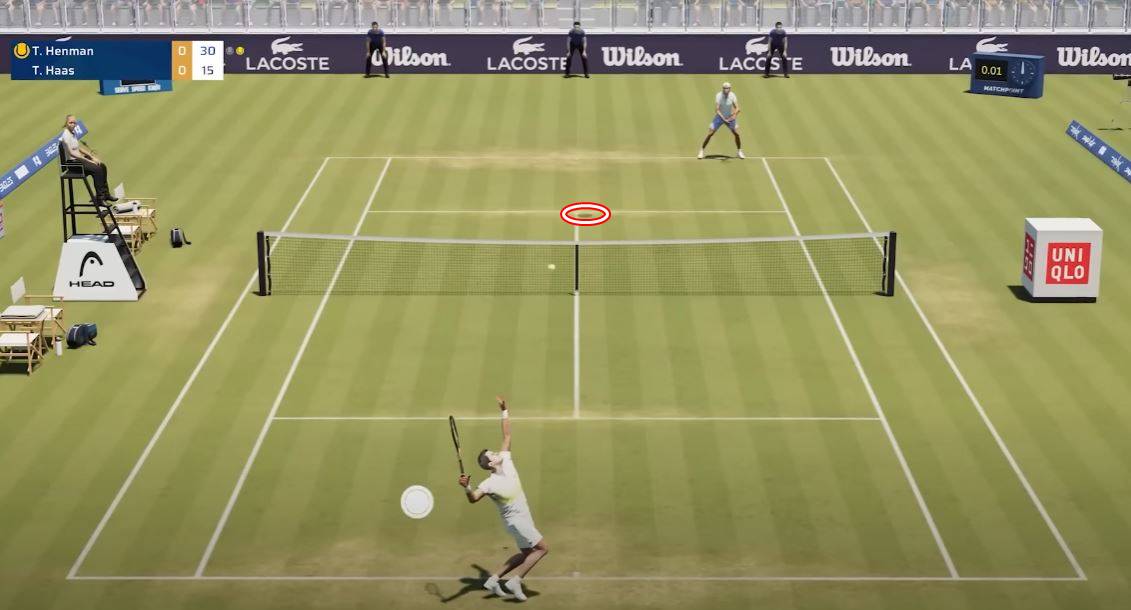 Press the Top Spin/ Kick Serve button and hold it until you have the white circular power meter completely filled up. See the picture – this is exactly how it would look like. Normally the best place to hit the serve for an ace would be the point where I have marked in the picture.

So let’s break it up step-wise:

However, it could be very predictable as I have seen even the AI stand in the middle after I have dropped a few aces. This is when you have to target the other corner. 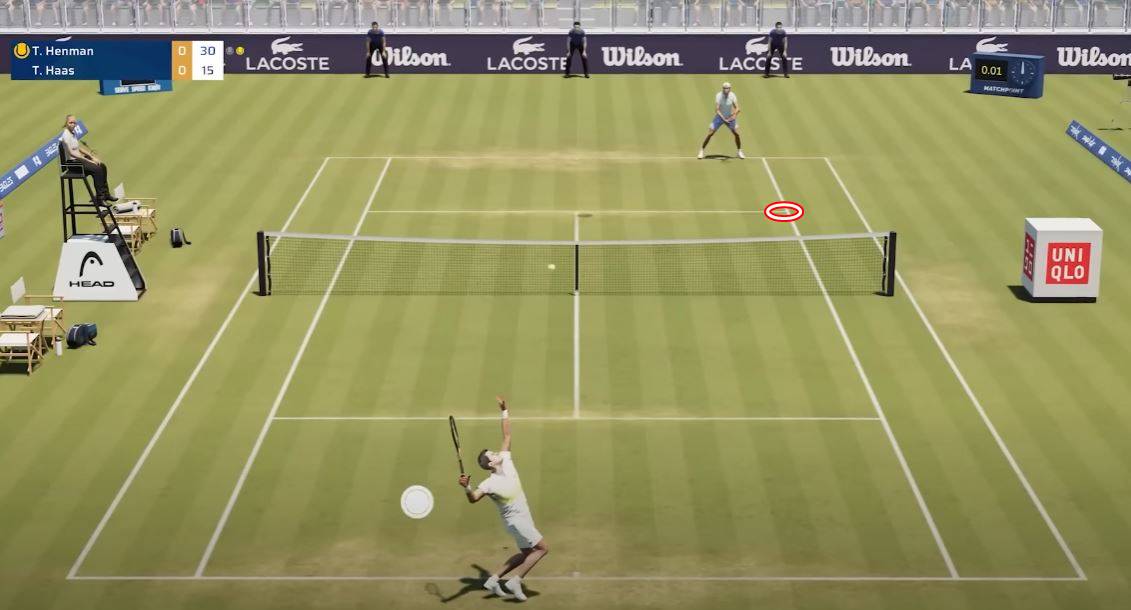 Follow the same technique as the last one but aim right toward the top right corner. Make sure the aim indicator slightly touches the line so that you get the maximum angle. Use a Kick Serve or a Flat Serve. A Flat Serve could be done by the Flat Shot button.

Go ahead follow the technique I have mentioned here and keep practicing. That would be it for consistently getting Ace serves in Matchpoint Tennis Championships.

I hope the article was helpful. Please let us know in the comments section down below.