Confused about how Lemnis Gate works? Having trouble understanding the game? We have the right guide for you. 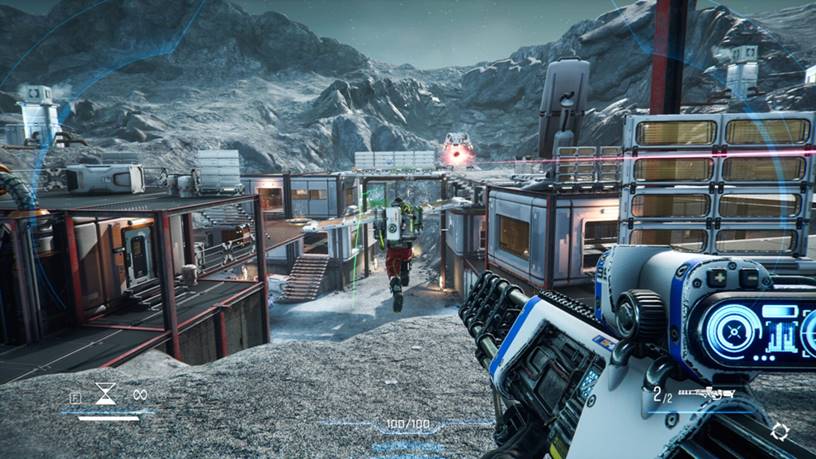 Lemnis Gate – How the game works? Understanding the gameplay concept

Developed by Ratloop Games Canada Lemnis Gate has perhaps the most interesting concept out of all the FPS games I have ever played and that would be a lot. This game is like a turn-based shooter where you have to outwit your opponents but only when it’s your turn. Sounds a bit confusing? That is what we are here for. Let’s understand how this game works.

I will not go into all the gameplay details and strategies you can use in the game. I will just try to explain the concept of how this game works in a much simplified way so that it becomes easier for you to understand the game.

We have played a lot of PvP shooters over the years. Most of them would just leave you on a map with the other players and you shoot at each other. Maybe it would be a survival mode like a battle royal which is extremely popular these days. But guess what? It is nothing like that. Over here you do not actually face your opponents 1v1 or 3v3 and at the same time, you do.

Let’s consider a game of Chess. If you know about chess, you will understand exactly what I am trying to say. In chess, you have your turn. You make a move and then you wait for your opponent to make a move. When he is done you again make your move.

This goes on until one of the two wins. It is exactly the same with Lemnis Gate. You have your turn to play the game. But over here you would have a time limit. You can do whatever you want within that time. Your opponent would be viewing your game when it’s your turn.

When you’re done with your turn your opponent will step in and try to prevent you from doing what you did in your previous round. Still confused? Lets me explain in an even simpler way

This concept could be extremely difficult to understand in the beginning but trust me once you do it is going to be so much fun playing it. You would have to create strategies with your team so that your opponent cannot stop you in the next round You have to think 3 moves ahead, predicting what your opponent would try to do during his turn and making sure you make it difficult for him.

There will be weapons and characters which can help you strategize your moves when it is your turn. For example, if you think your opponent might try to take you down from a certain area you can shoot that area like a blank fire. They would seem to be just useless shots now but when it is your opponent’s turn if he did not read your game he could be eliminated when he goes to that area where you had been making those shots. So you see how strategy is important in this game. You have to read your opponent’s game and play accordingly.

I hope this guide was useful. If you still have questions about the gameplay concept feel free to ask in the comment section below. Also, let us know if you found this guide helpful.