Are you wondering what skills would help you more in Forspoken as a beginner?

Here is a guide that will help you understand the skills that you should definitely know in the game. 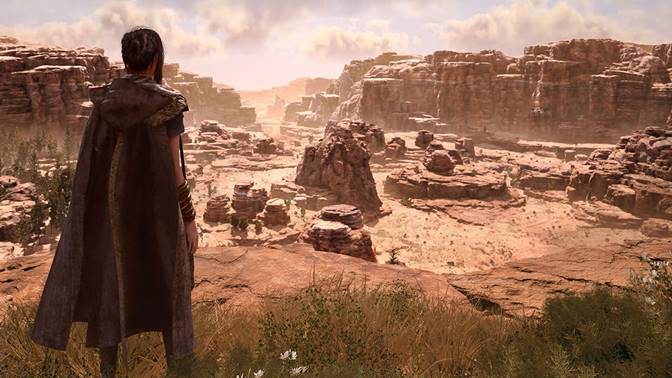 Skills or Spells You Should Know in Forspoken

Forspoken has finally been released for the PlayStation 5 and PC. Too bad the old-gen users would be missing out on such a wonderful game.

So far, Forspoken is one of the most visually stunning games I have played. It is just not the environment but also the special effects that you get from the magic spells you cast that make the game look breathtaking.

The attention to detail, the combat system, and the unique style of parkour are what make this game so much more interesting to play.

You play as Frey, a young New Yorker transported to the beautiful and cruel land of Athia. In search of a way home, Frey must use her newfound magical abilities to traverse sprawling landscapes and battle monstrous creatures.

Spells you should start Forspoken with:

You have probably all watched the eye-catching, flashy, jaw-dropping spells in videos before release. And you might probably be thinking about doing all those spells as soon as you start the game. But sadly that is not how it works. Sure you can get a taste of some in the demo but not in the main release. 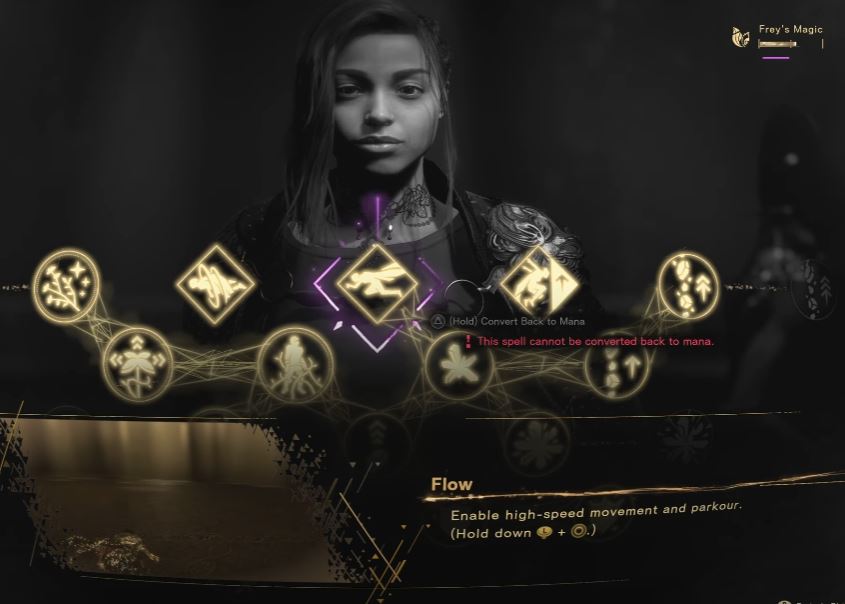 So here are a few spells you should consider knowing as you start the game.

This is the only defense spell on the list and a really good one. Learn this to defend yourself from enemy attacks. It surrounds you with stones that prevent enemies from touching you.

You need this more than anything. The world is vast and walking would make it the most boring thing ever. You need to cover more space in less time and this is why you need to learn how to Flow. Enables you to move at a quick pace and leap over rocks and stones, sort of parkouring your way through the world.

If you wish to add a touch of elegance to your parkour then Shimmy is the way to do it. These are basically repeated leaps that help you cover a lot of distance even more quickly. You need to time the leap as you land to perform another one.

This is your first attack spell on the list. I love this because it is a ranged spell. It allows the user to shoot rocks at the enemies like bullets and the best thing are you do not need to be close to them.

Ties up Enemies in a tangle of weeds. It is great for crowd control and also great when you are getting overpowered by enemies. Gives you a breather and also lets you deal some free damage.

This is more like a trap spell. If you are good at noticing the movement pattern of the enemies or let us just say you come across enemies who like to charge at you then use this skill and they will fall for it every time. The trap explodes and deals area damage when stepped on.

Another ability that allows a little bit of crowd control. It sends an ivy whip all around you that deals damage to enemies in the area and heals you based on how much damage they take. So it is not only for the damage but also for healing while you fight.

There are so many other spells you can learn in this game. This is what would help you when you start the game. I am not saying that the other skills are useless. The higher you go, the better spells you get to use. But to go higher quickly, you need to focus on a few good ones which would help you dominate enemies and travel faster. This in turn would help you gain more experience and mana to learn even better spells.

I hope this guide was helpful. Please let us know in the comments section down below. Also, follow FPS Index for more guides on Forspoken.